One of the most famous cities in the world is, without a doubt, New York. If you want to be a part of it, whether you’re visiting and looking for New York tourism information, or you’re thinking of moving to the Big Apple and starting a new life, it’s worth spending some time to learn, prepare, and think ahead.

If you speak another language, try looking for clips on YouTube by searching “New York tour guide [language]”. You should find some useful videos if you do that!

We’ve featured some other videos that relate to the topic of travel and seeing the world, and we’ll link to those below in case you’re interested in taking a gander:

If you aren’t able to travel right now, or you’re still saving up for your dream trips, you can still enjoy all the world has to offer on YouTube and other sites with travel content. It’s not the same as being there, but it’s still a great way to get some ideas of places you would like to see in real life.

Let’s start with this NYC tour guide video from Attache:

If you’re ever going to travel to New York, consider finding a NYC tour guide or at least watch some videos to get an understanding of how the city functions so you aren’t caught off guard with anything.

Other Things In New York

There’s no shortage of cool things to see and do in New York City. It’s a world-class city and home to countless things to see. This city attracts such a wide range of people, from famous chefs, artists, entertainers, athletes, and so on… it’s one of the most desirable places to live in the world, so some of the world’s most notable people naturally flock to NY.

New York has had a profound influence on music, including the genre of hip hop. It’s home to many legendary acts, and has birthed many classic mix tapes, too. 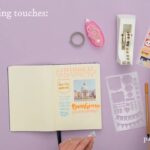