Certain things that hiphop fans take for granted these days, like artists being able to say crazy things or getting massive deals with clothing companies, weren’t always so common. Here are some pivotal moments throughout the history of the genre, and some legendary hiphop events.

Run-DMC pulled in a million dollar endorsement deal, which doesn’t seem like a ton in these days of hiphop billionaires and massive brand deals, but at the time it was unprecedented.

When the group prompted their fans to hold up their shoes, everyone in the crowd untied their shoes and held them up in the air, which absolutely astonished the big-wigs at Adidas, who were convinced at the marketing power of hiphop and mixtapes, which would prove to be a pivotal moment in the commercialization of the genre.

2 Live Crew Were Arrested For Words

Say what you want about cancel culture these days, but back in the ’90s the Florida government deemed 2 Live Crew to be “obscene”, making it illegal for them to perform in certain jurisdictions. They went ahead and performed anyways, and were prompted hauled off and arrested.

This is reminiscent of Lenny Bruce being arrested for comedy back in the day. Could you imagine what a musician or artist would have to say these days to get arrested on the spot? It would have to be some pretty extreme stuff.

Big Daddy Kane was putting on a show at Madison Square Garden, when he called up then-pals Tupac and Biggie Smalls. Live recordings are pretty popular in a lot of different genres of music ranging from classic rock to classical. In hiphop, that’s not always the case. A lot of recordings of rap shows don’t necessarily turn out great, especially when you’re basically playing the beat and having the artists rap over and recording it with a separate device – it ends up just being a worse version of the album recording.

ODB Vs The Roots

Here’s an unlikely hiphop beef. Shortly after being released from prison, ODB was brought on stage by legendary Roots ensemble to do a few songs. Once that part of the performance was over, ODB really didn’t want to get off stage. Things settled down, but this wasn’t the only time ODB caused a stir on stage, remember when he stormed the stage at the 40th Grammy Awards? 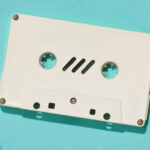