What’s up, aspiring home cooks? We’re bringing you something a little different today, fresh from the Babish Culinary Universe. If you aren’t famililar, the B.C.U started off as a channel called Binging with Babish, hosted by a fellow named Andrew who loves to cook.

It started off as a smaller channel, like all large channels, and grew over time. The channel started off by recreating all sorts of meals that you’ll have seen in various forms of media including movies and TV shows, and since then he’s has covered all sorts of other things from kitchen basics and maintenance, simple recipes, and has now expanded to include new shows like Stump Sohla.

TLDR: Binging with Babish has grown to be one of the largest food channels on YouTube, garnering bajillions of views with a fun, unique style that is anchored around re-creating out-of-this-world meals that you’ve seen on TV and in the movies.

Today, here’s a look at how Binging with Babish has recreated The Broodwich sandwich from the popular adult swim show Aqua Teen Hunger Force.

Why would you want to make a regular sandwich when you could make a devilish red sandwich with a tail? For one, it’s a lot more work and effort, but you can live vicariously through Andrew’s work here in the above video that shows how to make The Broodwich. That’s how it usually goes with cooking channels anyways, right? It’s fun to watch incredible cooks do their thing, but most of the time, people aren’t running to actually re-create the recipe. If you want to follow along, show us the end result! If you’re just watching for entertainment, more power to you. 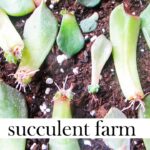