How To Boil Water (For Whoever Needs This…)

There’s a surprising amount of videos that talk about how to boil water, some of them are certainly tongue in cheek but other ones take a very earnest attempt to tell you exactly how to bring a pot of water to a boil. I guess we take certain knowledge for granted, because if somebody has never boiled water before, it doesn’t hurt to look it up, right? No shade if you’re here, hopefully this helps!

Why You Should Start With Cold Water

Some people like to run the taps hot for a minute or two to get hot water when they’re about to boil water, but this isn’t ideal. If there’s any build-up inside your pipes, the hot water can bring some little amount of it and that’s enough to alter the taste of your coffee and tea. Start with cold water, it’s cleaner!

If you want absolutely no (or tiny, tiny, tiny trace amounts) of minerals in your water, you could always use distilled water, too – that’s always another option. But just using water from your cold tap ought to do the job, unless you have very hard water in your home, in which case you might want to look into a reverse osmosis system or another option.

How to Boil Water: Is It Necessary?

There are a lot of “how to” videos out there on the internet. For anything you can think of, there are probably at least 100 different people that have made videos about it in their own style. Some of these videos are great, some are bit pointless.

Either way, you shouldn’t take for granted that you’ll have certain skills and abilities that other people won’t have.

How to boil water might seem like the easiest thing ever, but if you’ve never had someone show you how to do it, or had to boil water before, it’s out unthinkable that someone would look up tips to make sure they’;re doing it right, even if it seems like the most obvious thing in the world.

Plus, there are different skills or tasks that we all take for granted that we might not even be doing correctly. A good example is laundry, everyone thinks they know how to do laundry, but not everyone knows how to do it correctly – but that’s another video, I guess.

Yeah, it’s kind of silly to have a video about boiling water, but I’d reckon there are some finer points and tips that not everybody knows, even if they aren’t necessary.

Take some water, put it in a pot or a pan, throw on your favorite hip-hop mixtape, turn on the heat to medium or higher – and soon enough – you’ll have boiling water. Voila! 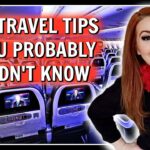