Smash burgers are a great take on the classic hamburger, with a simple bun, some thinly sliced onions, and a flattened patty that’s crispy on the outside with a perfect amount of crunch.

The basic smash burger is pretty simple to make, but burger expert George Motz is taking it to the next level in this video.

Seriously, if you’ve never tried a Smash Burger before, you’ve got to give it a try sometime. There are a lot of different places that you can try different takes on the smash burger at, but it can also be a regional type of treat, so the burger you get will vary quite a bit depending on where you’re at.

One way to ensure that you get the classic, traditional smash burger (at least to try at some point, then get creative from there!) is to make it yourself at home.

Here are some tips and advice about how to make smash burgers at home, thanks to the amazing Burger Scholar show.

How To Make Smash Burgers At Home

George shows you four different ways to make smash burgers, according to four different regions where the burger is popular. The classic smash just has thinly sliced onions and maybe a slice of cheese if you’re fancy, but these four ideas take it to the next level.

This is part of a series of videos and clips on First we Feast’s YouTube channel called Burger Scholar, where George shows off all sorts of ways to makes burgers, talks about burger history, and lots of internet stuff.

The interesting thing about cooking shows and channels is that many people never end up actually trying to cook the things they see, but these videos make it easy and you’ll rarely get a burger this good at a restaurant.

Making Burgers at Home vs. Ordering From a Restaurant

The typical fast food burger can vary in quality and depending on your preference. It’s hard to beat a Big Mac, to be totally honest, but there’s a time and place for everything.

A carefully-crafted smash burger that you make at home is going to be hard to beat, once you have some practicing making it perfectly.

Having said that, there are probably some great burger joints in your city that are serving up fantastic burgers, especially if you live in any of the regions where smash burgers are popular.

What About Burger Toppings?

Some people will say a perfect smash burger has nothing on it except for the steamed onions and a slice of America cheese, but those people will get a lot of push back.

At the end of the day, it’s fun to try it the “authentic” way, but if you like ketchup, mustard, relish, eggs, avocado, or anything else on your burgers – don’t hesitate to make it exactly how you like it. 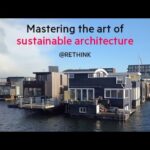