You’ve probably come up with some rhymes in your mind before, but it takes more to turn those random clever rhymes into an actual song.

If you want to learn to write rap, here’s how to write rap in about 10 minutes. This is just to get you started, it’ll take longer to work on your song, to improve it, to change it around, but this cool video will help get you started.

How To Write a Rap

Even if you’ve written some verses before, “How to write a rap” by the YouTube channel How To Rap is a useful resource. You’ll learn the basics of writing raps, you’ll start to understand the structure that makes for a great song, staying on beat, singles, multies, wordplay…

Whether or not you follow this format is up to you, but it’s still important to understand what’s going on with rap music and lyrics under the hood, stuff that isn’t always obvious to the average listener. Not every rap is a technical masterpiece, and there are plenty of bops that don’t follow the same structure or whatever, but having that fundamental background is helpful, especially when you’re starting out.

It’s a good idea to learn the basics and to learn how to analyze other raps before you start writing your own – even if you choose to disregard this information down the road.

Things To Do BEFORE You Upload Your Raps to Soundcloud

Whether you’re planning on uploading some verses and beats to Soundcloud with a decent mic, or filming some actual music videos and uploading them to YouTube, take this advice.

Work on your craft!

Instead of going through the motions and releasing a poorly recorded track that’s off beat with bad lyrics and a poorly filmed and edited music video, work on your craft.

Get really good at rapping before you start releasing it. You’ll only get to make a first impression with each listener once, and nobody needs to hear your earliest tracks while you’re still learning the fundamentals and playing around.

Work on your skills and get good and then start focusing on releasing and promoting your music.

A lot of people want to skip each to promoting their tracks and they’ll spend all day spamming comment sections and begging people to listen, instead of putting more time towards their art and simply becoming more skilled, and making music that people want to hear – that way, once you start to promote it, your efforts will yield much better results and you’ll also simply be a better artist. 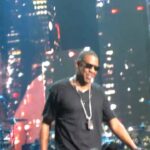