Kay Flock’s newest video for a song called Shake It premiered on April 14th on YouTube and racked up about 2 million views in about a day.

The track features Cardi B, Dougie B, and Bory300. One Youtube commenter said, of Cardi B’s appearance on the track, “I love how she’s going back to her roots and not letting the industry turn her into a puppet!”

Fader describes the song as a “Bronx drill moment”.

What do you think about the song and video for Shake It by Kay Flock?

Check out the video for Shake It by Kay Flock below:

Kay Flock is the stage name of Kevin Perez, a drill rapper from the Bronx who was born in 2003. In November of 2021, he was named the Rookie of the Month by Billboard Magazine.

Kay Flock hasn’t been around for too long, but he’s making a big splash already. Getting Cardi B on a track is by far the high point of Kay Flock’s career up until this point. Not in a bad way or anything, doing millions of views overnight with Cardi B is an insane accomplishment for someone whose only been in the rap game for a minute.

In school, Kay Flock was interested in playing baseball as well as playing basketball, but his interests in sports diminished as he followed the musical path instead.

Seems like it was a good choice, hey? If you like what you hear, make sure you subscribe to Kay Flock’s Youtube so you can be among the first to hear his next hit whenever it drops. He’s already at 370k subscribers on YT, but there’s a good chance that’ll continue to skyrocket as this new song gets more views and traction.

A big single like this can be a catalyst, as long as Kay Flock’s next few tracks are up to par for what people are expecting. The next time he drops a video, people are going to think “Hey, isn’t that the kid who had the big song with Cardi?” and there’ll be some built-in curiosity for whatever he does next.

You can find the music video for Shake It embedded above, but you can also find this song just about anywhere that you can get music.

Click here to see all the different places you can stream Shake It by Kay Flock, or just search the song on Apple Music, Spotify, YouTube Music, Audiomack, iTunes, Deezer, and more. 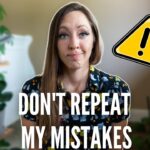 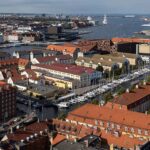