Mark Cuban has proven his business acumen again and again, not just as an investor on Shark Tank but long before that. Before he was winning NBA championships, he was starting internet businesses in the early days of the .com boom.

As someone who has been around the block more than a few times, and has dabbled in many different industries, Mark Cuban has a perspective that’s worth listening to.

Mark Cuban eats, sleeps, and breathes businesses and startups. It’s his life’s work, and he’s started and invested in countless businesses – and believe it or not – many of them have failed! Failure in business is just part of the process, and the sooner people can realize that, the better off they’ll be.

In this video, he talks about the #1 reason, in his experience, that people will fail at business.

It goes without saying that everyone is different, and this advice won’t apply across the board. There are plenty of other ways to fail, right? But, keeping this in mind and gleaming what you can from other people’s failures is a good way to help sidestep making those same mistakes in your own business.

They go over a lot of different things in this conversation, and it’s cut down to just over 11 minutes, so don’t tell us you don’t have time to give it a watch! The title might be kind of clickbaity, about how this will forever change your life, because there’s no magic seed or phrase you’ll hear and will suddenly do all of the work for you – but take inspiration and lessons from wherever you can.

The Main Reasons That Businesses Fail

Mark Cuban is very qualified to talk about tips for business, what can make people succeed, why they fail – but he’s not a fortune teller and he’s not magical, he’s just going based off his observations and his personal experiences which are also prone to bias, to be wrong, and so on.

But the difference between someone who is wildly successful in their field and who is a failure usually has to do with their resilience and their resolve to keep going when things go wrong, or whether or not they have the resources to keep going.

Final Thoughts – What’s The Next Step?

The first step is just to get started. You can spend forever trying to plan the perfect business idea to become a billionaire like Mark Cuban, but eventually it won’t matter if you ever get started.

You learn so much by failing that you’re doing yourself a disservice by spending forever planning your business ideas, at a point you just need to start and learn a lot as you go – and that point is right now!

Looking towards advice from successful businesspeople like Mark Cuban can be incredible beneficial, but getting started and learning things first hand is probably the best and most important step towards succeeding in your business and, frankly, in many different areas of life. 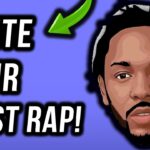 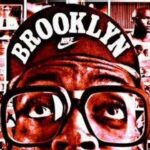