Before we dig into this automatic bowling ball invention, let’s talk a little bit about the guy who made it, and some of the other interesting stuff he’s worked on. If you don’t care about that, just check out the video!

Mark Rober has a massive YouTube channel where he invents all sorts of awesome things. He’s perhaps most well-known for his Xmas videos where he catches porch pirates that try to steal Christmas gifts from people’s porches.

It’s a fairly common problem, where people will grab packages from people’s steps. Mark set up a trap that includes cameras, fart spray, and tons of glitter that gets spread all over the room as soon as someone opens the stolen package.

It’s a great bit, and he does it every year. He likes to remind people that most of the time, people attempt to return the package or even put it out of view for the would-be recipient, but a small % of people decide to take something that isn’t theirs instead, and they have to pay the price of glitter all over their home, and an awful smell filling their room.

But This Video is About Bowling…

But today, we’re not talking about Mark Rober’s porch pirate videos (even thought they’re amazing), we’re talking about this video where he invented a bowling ball that you can control even after you’ve rolled it by leaning in either direction.

It’s a normal motion for someone to make as they watch their bowling ball cruise down the lane (leaning from left to right), but until now, this motion has had zero impact on the movement of the ball.

This is a pretty wild invention. Obviously, you can’t use this in any type of competition, and it would probably take you a long time to figure out how to invent one. It’s probably easier to just get good at bowling, unless you’re a brilliant engineer like Mark!

Bowling With a Twist

Can you think of any other inventions that you could make that might be able to knock down all of the pins? You could ride a skateboard down the lane and knock them over with your arms, if you really wanted to, but you would probably get kicked out of the bowling alley pretty quickly if you did something like that.

Bumper bowling is when there are metal rails that prevent the ball from falling into the gutter, but that doesn’t guarantee you a strike because you still have to hit the right spot to know down all the pins, and if you’re hitting the bumper, that probably won’t happen!

More From: For Fun 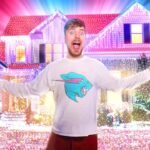 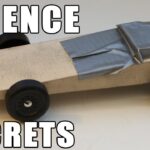