Back in the day, and still to this day, many great people kept interesting diaries and journals to document their time on this earth. With modern technology, we’re able to see things that we would have only otherwise been able to read about. Thanks to Richard Brown and his YouTube channel, where he keeps a visual/video journal, we’re able to see exactly what it looks like when he cuts grass with a scythe.

How To Use a Scythe to Cut Grass

A scythe is a tool that isn’t nearly as widely used today, except perhaps as part of a grim reaper costume. None the less, there are still people who do use this as their method of cutting grass, for example communities of people who prefer to live in a more old fashioned way and won’t have a modern lawnmower, regardless of whether it’s powered by gas or electricity.

In this video, Richard timed how long it took to mow a patch of grass with a push mower, with a gas mower, and with a scythe. The push power and the scythe took about the same amount of time, and the gas mower was about twice as fast. Watch the video to hear the rest of his thoughts, and consider taking note of some part of your own daily life, however mundane it might seem, you never know who may find it fascinating some day. 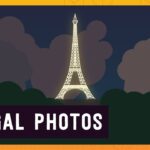