When you’re trying to learn about cryptocurrency and how it works, one of the struggles you’ll encounter is that so many of the sources of information seem so incredible biased in one direction or the other, when you’re just trying to figure out the facts.

It seems like a lot of the big voices in the world of Bitcoin are just trying to sell you something, which makes it a little harder to trust what they have to say about it in the first place.

This is, of course, a generalization but when you have an industry that’s so new, so confusing, getting so much attention, and with so much at stake – of course some of the people with the loudest voices and the biggest platforms are going to be the ones who have the most to gain.

Reputable Source for Learning About Bitcoin

Having said that, the YouTube channel TechQuickie has put together this video that we’re featuring today, which covers all of the basics and then some.

Regardless of what you decide to invest in or speculate on or gamble on, having a basic understanding, as free from possible from bias and manipulative pressure, is a good place to start.

The TechQuickie channel is run by the same folks who are responsible for LinusTechTips, which is a very reputable and massive tech channel based out of Canada who cover tech news, fun experiments, PC building, reviews, and a lot more. The goal of the TechQuickie channel is to quickly cover a variety of tech-related questions, and they do an above-average job at it, so they’re a good place to turn when you want to learn a thing or two about bitcoins, how bitcoins work, and of course: What are bitcoins?

It’s been over a year since this article was originally published, and since then, there’s been a lot more talk about cryptocurrencies in the mainstream, including many more people being exposed to things like NFT’s, and the ability to purchase crypto at more traditional investment firms.

More and more people are buying various coins like BTC, ETH, and more. Some of these people are making some money, but some of them are losing money. There’s no guarantees in crypto, and anyone who tries to act like it’s a sure-thing is trying to take advantage of you for their own benefit.

Be very skeptical as soon as crypto is involved, there are countless people who are trying to get one over on folks who don’t know what they’re getting into.

Treat it like gambling if you’re speculating on coins or NFT’s. Down the road, if the technology gains more acceptance and practical uses, the price of associated coins could reflect that, but it’s also entirely possible that there are changes to blockchains in general and the coins of today are obsolete.

The point is that there are no sure things, and no safe bets when it comes to crypto. You shouldn’t put all of your money into any single asset, and this rings true for crypto, too. That doesn’t mean to go and buy 10 different coins, it means keep your money in totally unrelated assets along with a small portion of crypto if you want to gamble with it. 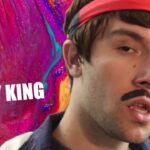