Here’s a really interesting YouTube video that talks about how certain aspects of copyright law work in Europe, and how it’s against the law to take photos or videos of certain buildings, even thought they’re in the public, for commercial use. Here’s an interesting video that does a fantastic job of explaining things.

The Eiffel Tower’s original design is old enough that it’s now a part of the public domain, so that’s why people can sell Eiffel Tower key chains, and its featured in countless movies and TV shows. Jay-Z famously took a trip to Paris, too, and he probably visited it.

The lights on the Eiffel Tower, which come on at night, make it illegal to take photos of the tower at night because it becomes an illegal capture of something that’s copyright.

The lights were added in 1985, much later than the rest of the tower was built, so during the day when you can’t see the lights and they aren’t on, the tower is public domain, but the design of the lights technically changes that.

Having said that, the copyright laws on the Eiffel Tower haven’t been enforced before. Nobody has gotten in trouble for photographing it, but in the right circumstances it could still be against the law.

To prove a point, and to protect himself because YouTubers are already very weary of copyright laws, the creator of this video decided to blur out certain landmarks and buildings that aren’t in the public domain yet.

Other Weird Rules and Laws Around The World

There are some pretty strange and unusual laws all around the world, in fact there are probably some in your hometown, too.

You can search for your city name + “weird laws” or do the same for your country. Type that into Google, and you’ll come up with all sorts of interesting things.

What do you think about the copyright that prevents you from taking photos of the Eiffel Tower at night, is this something that you agree with, or do you think it’s just complete silliness?

Would you let something like this stop you from taking a photo if you were there, and you wanted to? Would the fact that nobody’s really gotten in trouble for it before have an impact on whether or not you decided to take the photo?

In other words, is it a weird law that’s stopping you from taking a picture of it, or simply the fact that the people who own it may not want you to, and in either case, how much do care?

Weird rules can raise some interesting questions for people.

Interested in learning more about places around the world? Here’s a great NY City guide. 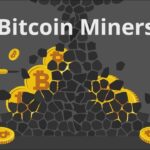